Obsession is a weird thing. Once you thought you were perfectly normal, and then you at some point started noticing, you have some kind of obsession. If you have an obsession, you normally focus just on that one thing and fade out everything else. The first signs of my obsession started with my puberty ofcourse.

When I had my period for the first time and hair started growing on body parts I did not ever think of having hair growth as a necessary part of human survival, the whole thing started. I started developing a kind of an obsession. I wanted to be clean and having a hairy vagina didn’t make me feel as if I was clean. So I bought my first shaver for my vagina. Well, I guess every young woman buys shavers in their life. This does not make you an obsessed person. But the shaver was just a start.

I once saw a commercial about intimate care products on a billboard, and I thought this was it. I needed to get all of them. And this I can tell you, there is a huge range of products at the drugstore supposingly promising you the best initmate care. This was like paradise for me. As a weirdo kid I was, I was completely excited about going to the drugstore and buying at least half of all the advertised products, which I did. I had my own collection of initimate hygiene shampoo, deodrant, cream, powder, soap and tissues.

I almost forgot to tell you, that just a week after having seen the billboard, I watched a german movie about teenagers growing up and getting excited about their first experiences. Well one of the boys in that particular movie, explains his friends that a vagina smells like a dead rabbit. Totally stupid right, but at that time of my life, I really started believing mine did smell like one. That’s why I really wanted to get rid of the smell. Well and a little bit of external influence through the billboard just got me occupied.

Anyway, I bought all the products and I was happy I could finally use them. I even had my to do list instructing me what exactly to do next. I would go for the soap first, then the shampoo, followed by the cream, the powder and then the deodrant. This was my morning ritual and I felt clean and cuddly. But after a week or something it started, the itching! How could this be, I thought, I had the cleanest genitals anyone could ever imagine of and now this annoyingly strong itching. I told my mom about it and she took me to a gynaecologist. The doctor explained me that I had a vaginal mycosis, which is a kind of a fungi. There, I was this young girl, obsessed with having good smelling vaginas and I got a vaginal infection. I was devastated, and remember me describing my cry baby self in the other post. Oh well, so I started crying. I was so embarrased, I could not even look at my mom. But what a luck I had, that the doctor was nice! So she explained me that you sometimes get this vaginal mycosis, if you care too much about your vaginal hygiene, meaning wash it too much and use a lot of intimate hygiene products. Due to this I had to get rid of all my beloved, newly bought collection of intimate hygiene products. I waved my last goodbye and brought them all to the trash can.

Years later, after I thought I had overcome my gential hygenic obsession, I sat with two buddies in a bar and we were sharing our love life stories. They were bragging about their love life. Wayne told us about all the wonderful and lovely girls he had met all over the world and how exciting his love life had been in the past year. Alessio had fantastic stories about nice and gentle lovers he had met and spent wild nights with. Then they looked at me and obviously wanted me to share my love life with them. I hesitated at the beginning and then I told them about the only two guys I dated in the past year and that both of them couldn’t get it up. I had a limpdick situation to deal with.

First they laughed at me and I felt silly having told them about it. Foremost because I had been thinking, maybe I am just not attractive enough to get them high. They then felt bad about having laughed at me and we discussed the whole limpdick situation. I told them how I was totally into the guy I dated and how he was into me and what an exciting evening we had had. I told them about how madly we kissed and how we couldn’t wait to make love to each other. And how we had undressed each other and looked deep into our eyes and how I could already feel his boner. I went on and told them that we were about to make love and then I asked the guy to go to the bathroom and wash his penis thoroughly. And then I went on describing the further unfortunate events of that night. This is when Alessio burst into laughter and spoke really loud: “You asked him to wash his penis, and you ask yourself, why you had the limpdick-situation”. I told them, yes, I normally ask the guys to wash themselves. I thought this was pretty normal, I was clean, so I wanted them to be clean too. And then Alessio said, that he thought, I had an issue. He said I should rethink, if I had some kind of hygenic obsession. I looked at him and tried to put on my cold and motionless face I had practiced for years and I couldn’t help myself but laugh.

5 thoughts on “Being obsessed with thoroughly washed genitals” 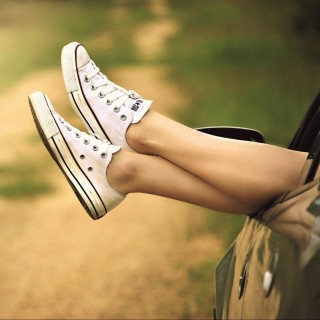